On Thurs 24 May it was tweeted that the notorious Network Rail tree felling programme had reached Knebworth. Network Rail neighbours in North Herts recently received a letter warning them of the action, but lineside trees that are not in people’s gardens remain at risk (e.g. those on Walsworth Common, or in Ransom’s recreation ground in Hitchin).

This desk-directed UK-wide programme aims to remove all leaf-fall trees within 60 metres of both sides of the line, using ‘heat-map” technology to direct operations. There are up to 10 million trees at risk with 20,000 miles of railway track in the UK. “Leaf-fall trees” are usually native UK deciduous trees like sycamore, horse chestnut and ash. 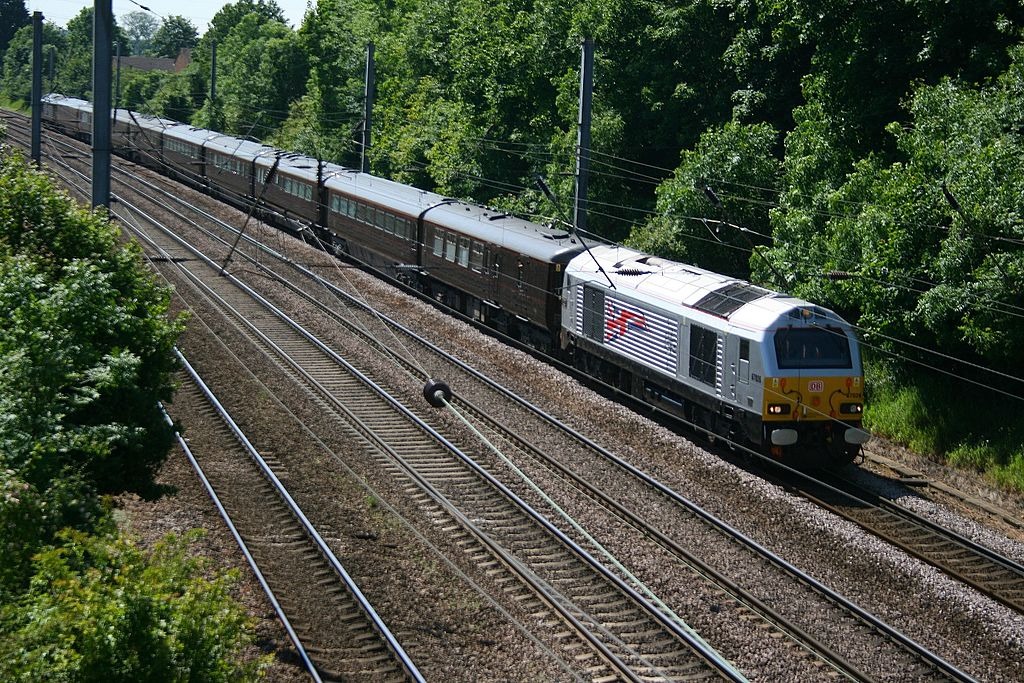 There’s been an outcry against the destruction. Green MP Caroline Lucas says the “scale of the operation was shocking and an act of environmental vandalism”. Other people have reported “…they’re chopping down every tree in sight”, “…ripping up trees”, “it was total mass destruction, they obliterated every tree”, and “…clearance of habitats”. A petition against the apparently indiscriminate felling has quickly reached nearly 100,000 signatures.

The tree felling has continued into nesting season (1 March – 31 July) which flies in the face of Network Rail’s own environmental policy, in particular “We will as a minimum comply with all relevant environmental and social legislation and regulatory requirements”. If nesting birds are disturbed it is an infringement of the Wildlife and Countryside Act 1981 and a breach of The European Habitats Directive 1992/Nesting Birds Directive. During this season it should be assumed that nesting birds are present and therefore it is the duty of the contractor to prove otherwise. Network Rail say nesting birds and rare species are protected by an environmental survey prior to vegetation management and putting a little fence round the tree with a nest in it. However, bewilderingly they also emphasise a great cost-saving attribute of the desk-directed programme is that fewer lineside surveys are necessary. Network Rail states on its website that it works with numerous environmental organisations including Natural England, Scottish Natural Heritage, Natural Resources Wales, Defra, Tree Council, Woodland Trust, the Wildlife Trusts and Forestry Commission among other organisations; although as yet there has been no visible input into their plan from any of these. In fact, The Woodland Trust say cutting down trees should be a last resort – there are other ways to manage tree growth including coppicing, pollarding, hedging and pruning. Rail minister Jo Johnson has now called on Network Rail to temporarily suspend operations and commissioned a review to be carried out in conjunction with the RSPB.

Network Rail say there are safety reasons trees have to be felled, including trees falling onto the track (due to age, disease or windy weather) and trees that reduce visibility and cover up signals. However, the removal of all leaf-fall trees that can affect the track is a new initiative designed to save the company time and money.